The Hours of Healing

A response to the operas of Benjamin Britten

Ruth Oinn is showing a series of twenty-six prints which have been a year in the making. Celebrating the centenary of Britten’s birth, Oinn created the works based on Britten’s operas, by revisiting several much loved works, poring over librettos and seeing productions at Aldeburgh and Glyndebourne.
Britten’s operas cover sources as diverse as Shakespeare, medieval Bible stories, American folk legends, Henry James, Thomas Mann and George Crabbe. Oinn’s research varied from Japanese Noh theatre to 1930’s barber chairs via the V&A for Tudor fabric design, early American loggers and medieval stained glass.
The words, the visual images and the music have been translated into the twenty-six prints, which are not illustrations but a personal reflection of the operas and Oinn’s understanding of the ideas and characters within them.

Ruth Oinn was born in Wales and grew up in the Midlands and Kent. She wanted to be an art student but was persuaded to study English at university and spent most of her working life enjoying teaching English at secondary level. Five years ago Ruth decided to embark on a printmaking course and her life utterly changed. This is Ruth’s fourth exhibition and she says she finds printmaking just as exciting as she did when she first peeled the paper off the first linocut. Ruth works from her studio in Saffron Walden, using a Rollaco Boxer press. 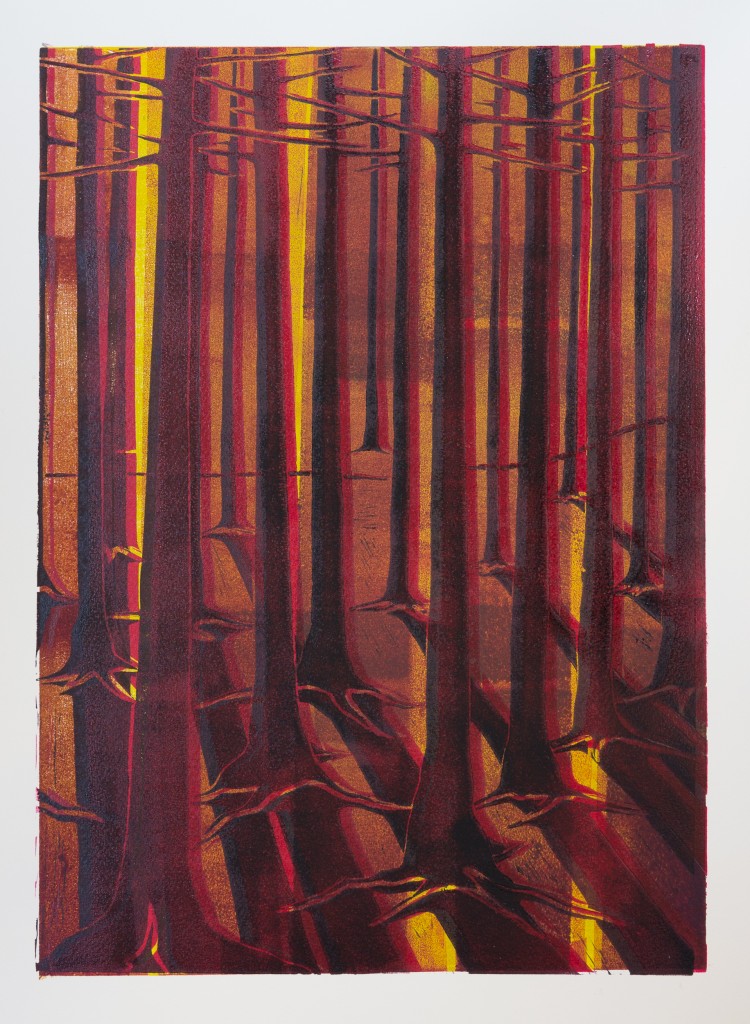 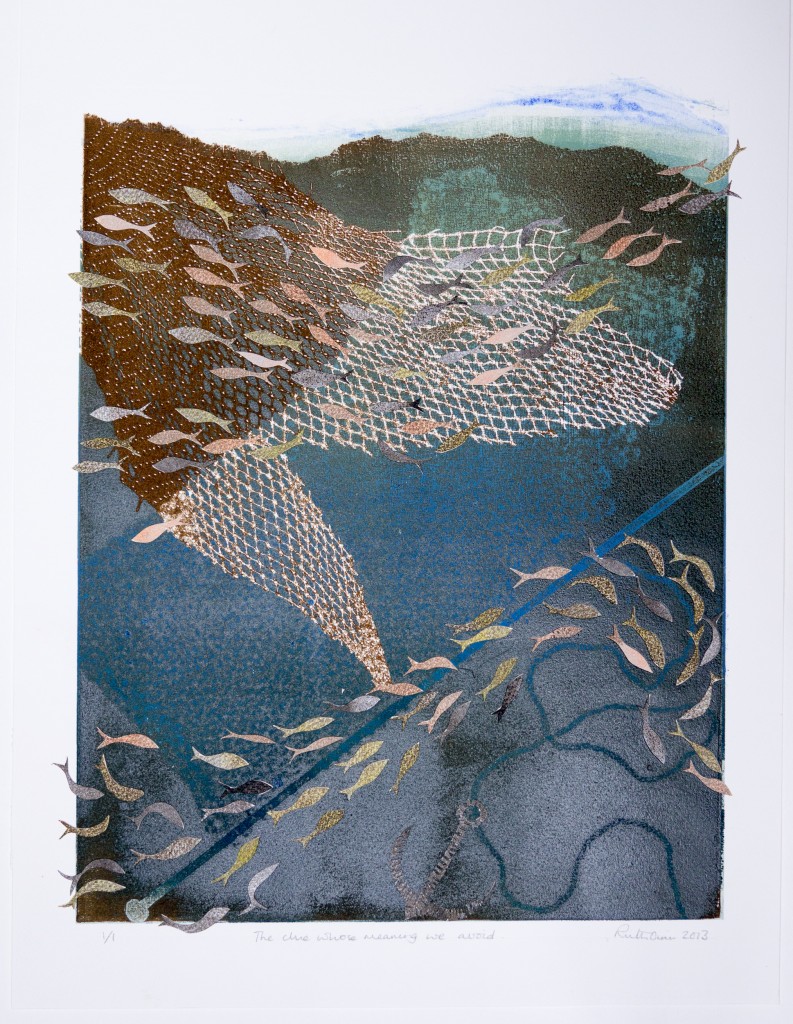 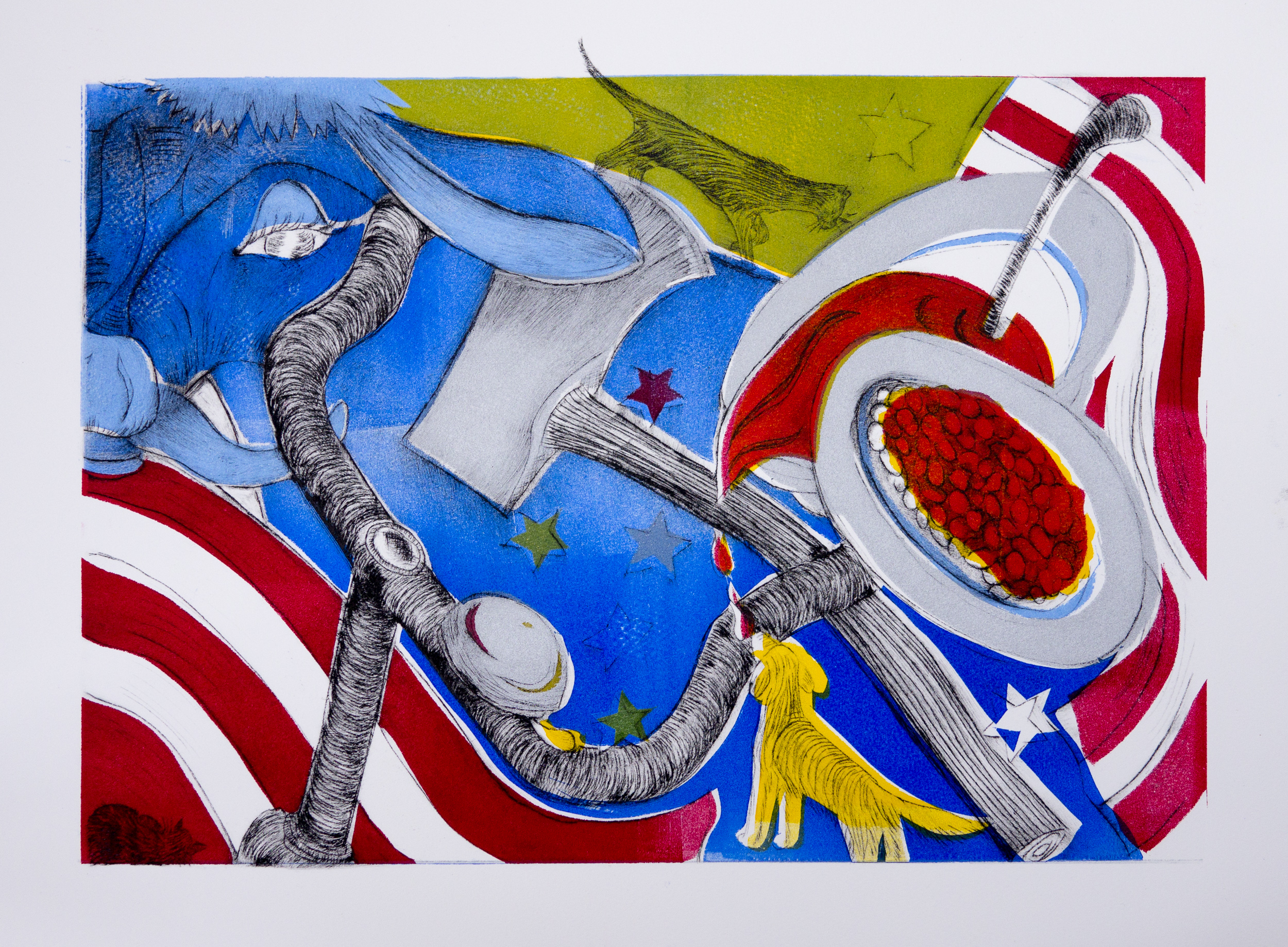 A collection of works developed from dreams and memories of childhood

Sue Shepherd’s works are created using found objects and ideas that inspired the era of her childhood during the ‘60s and ’70s. Her Father had a hard outdoor life as an arable farmer in Northwest Essex and as a consequence she spent her early days running wild in clay fields with huge skies and sky larks, watching the crops grow and the straw burnt in this bucolic playground. The sculptures being combined with neon make each piece come alive with light, generating an irresistible charm, reminiscent of those innocent days.

Sue Shepherd studied Glass & Ceramics at Stourbridge College of Art, and Printmaking at Curwen Print Studios. In 1991 she established ‘Neon Circus’, a company producing neon for film, stage and television which gained a reputation for building artwork for high profile British artists such as Langlands & Bell, Noble & Webster, and Ceryth Wyn Evans. It also forged close relationships with Galleries such as the Tate and Victoria Miro in the conservation and installation of neon works of art. Sue currently lives and works in Fordham, Cambridgeshire. 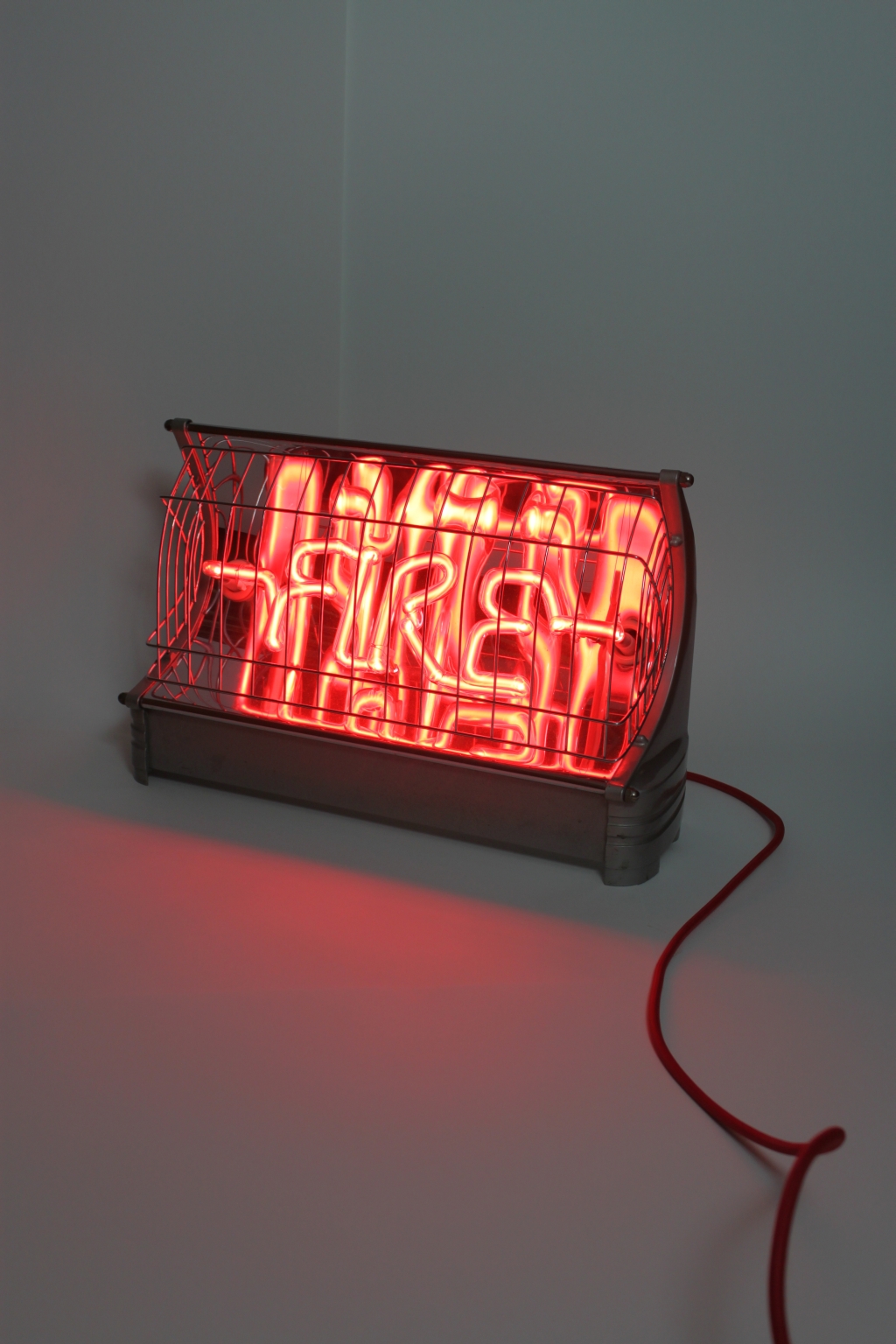 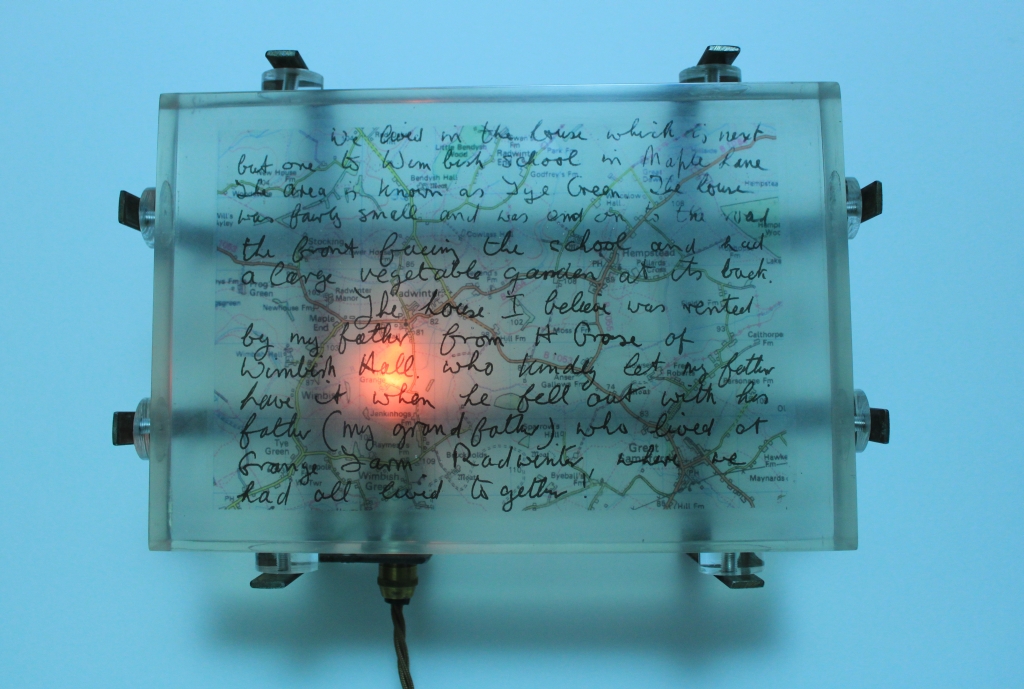