Cambridge based artist Paul Janssens’ exhibition ‘Journeys’ features a selection of his paintings and sketchbooks from the last 20 years. During that time he travelled extensively, to destinations as diverse as Morocco, New Zealand, Australia, Malaysia, the Iberian Peninsular, Italy, Turkey, Ireland and around Great Britain. His Sketchbooks, a key part in recording these travels, became both a means of documenting the places experienced as well as a source for producing larger paintings later on.

Recently Janssens has started to explore the use of collage on the surface of his paintings, using documents and correspondence such as old maps, postcards and materials collected, giving the paintings a greater sense of place and human presence.

Paul Janssens studied at Chelsea School of Art and graduated in 1985. He later moved to New Zealand and Portugal from where he travelled across to central Australia, Malaysia and explored both Portugal and Spain, drawing inspiration from architecture and landscape. In 2000, Janssen returned to Cambridgeshire with his family but continues to travel and draw around the UK and Europe. 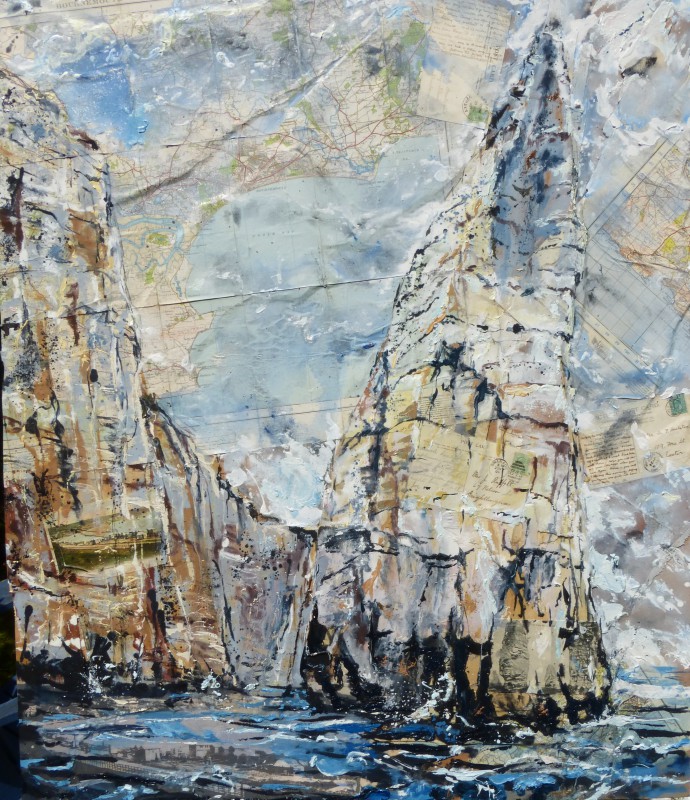