The exhibition is accompanied by the Festival of Ideas symposium Politics through the Archives of Photography, Film and Art which takes place on 22 October 2016 from 2-3pm in the Alison Richard Building. Registration is recommended.

Lala Meredith-Vula is showing a series of photographs that mark her personal journey of rediscovering her roots and her own identity during the past 25years, including the aftermath of war in Bosnia and Kosovo. Lala will also feature works from the blood feud reconciliation movement in Kosova from 1990 – 1991 and the incredible time in the Kosovar history when people decided to bring an end to blood feuds and to stop the killing which lasted for over a hundred years and sometimes until all men of the two involved families were killed. The blood feuds were often influenced by the fifteenth-century canon of Lek Dukagjini, a set of traditional Albanian laws.

Lala Meredith-Vula was born in Sarajevo in 1966, to an Albanian father and English mother, and came to Britain in the 1970s. She studied Fine Art at Goldsmiths’ College, London University (1985/88) and was awarded a Yugoslav scholarship at Pristina University, Kosova (1988/90). Her first show was in Damien Hirst’s landmark exhibition “Freeze”, London (1988) that is famous for launching the YBA Young British Artists. She has exhibited at the Venice Biennale (1999 and 2007) representing Albania, as well as nationally and internationally with many solo shows including at the Photographers’ Gallery London, in Germany, Italy, Albania, and in numerous group shows in the UK, USA, and China. 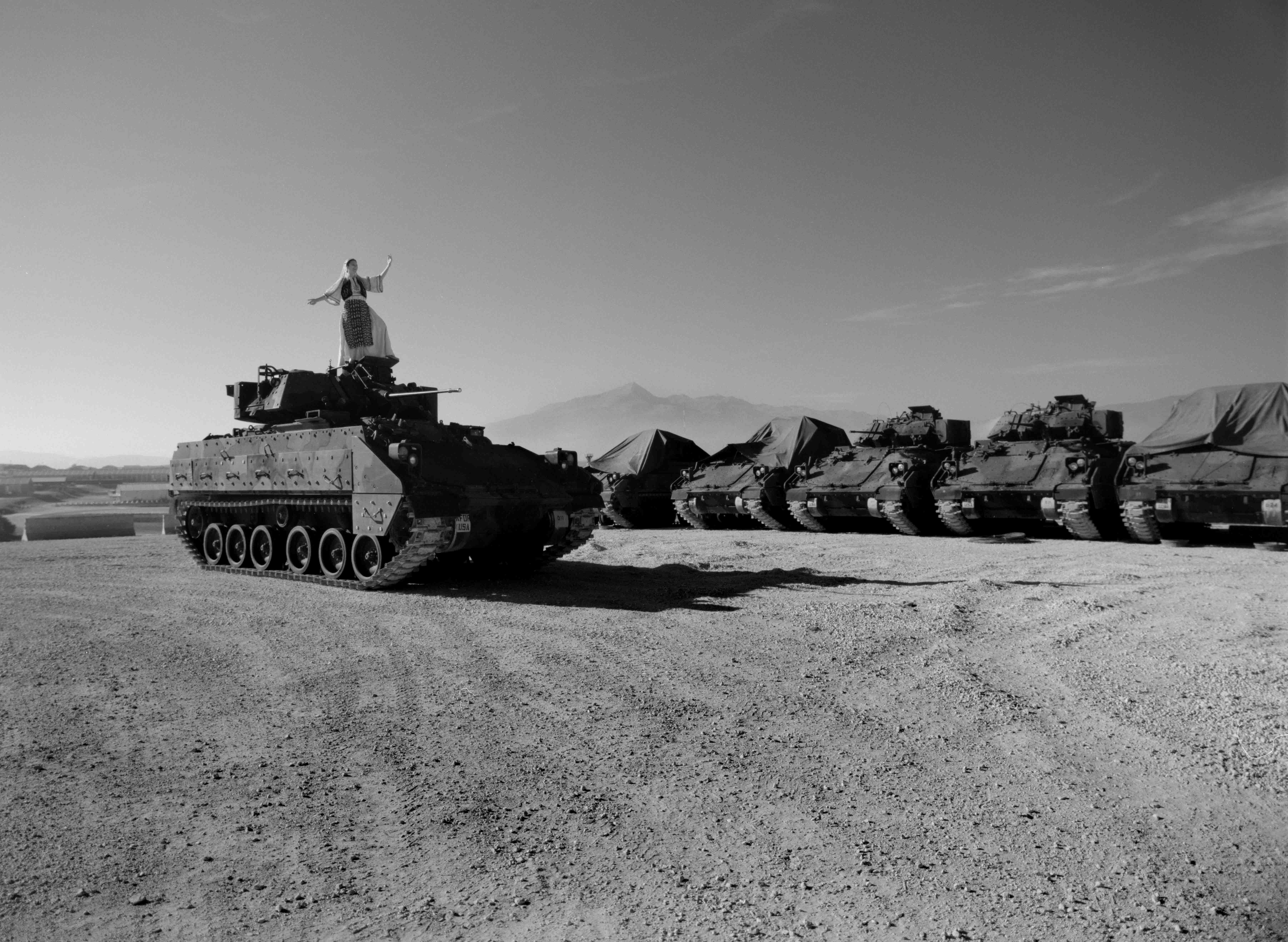 This exhibition is organised in collaboration with ARTUM, a project on art and cultural heritage, associated with Cambridge Academy of Global Affairs in Cambridge, UK and NW Gallery. It focuses on art history, film-making, music, and photography.

ARTUM supports artists from conflict-affected parts of the world by exposing the works of art and offering a space where artists can communicate the circumstances that influence and motivate their work.